Welcome, Guest. Please login or register.
Did you miss your activation email?

this past 1 to 2 years, i just learned that canon's cameras have the best, if not the best, one of the best color rendition i think.  but canon's newer cameras are behind other brands when it come to dynamic range and low light noise picture/videos i think.  i could be wrong about dynamic range and low light noise though.  overall, i think milc (mirrorless interchangable lens camera) is better than slr camera since it has the same performance as an slr but smaller body and lighter too.

about the shutter speed, i think you probably shot in 1/60th of a second for the shutter speed on the canon 7D but captured that in 30 fps which should reduces the motion stutter due to high shutter speed despite medium framerate of 30 fps.  what is the bitrate that you used to record it for the canon 7d and canon vixia waterproof camera if you don't mind me asking?
2

nice.  what is the shutter speed that you used to record this video if you don't mind me asking?  quite impress how you manage to cleaned and fixed it.  i didn't watch the whole video, i just skimp through it and watched a little on the part that you hooked it up to the crt tv.

It should have been 30 frames per second in 1080p. I'm using and old Canon 7D to shoot. Kinda sucks since it was one of the earlier SLRs that could do video, but does the job for now. A lot of B-roll shots were with a Canon Vixia waterproof camcorder. That I shoot in 60fps but have to drop it down to 30fps in Shotcut since that's what the main shooting is done in.

The HDTV is an Insignia and the CRT is a Sony Trinitron.
3

« Last post by Paul2 on January 15, 2022, 06:41:03 PM »
nice.  what is the shutter speed that you used to record this video if you don't mind me asking?  quite impress how you manage to cleaned and fixed it.  i didn't watch the whole video, i just skimp through it and watched a little on the part that you hooked it up to the crt tv.

Off-Topic / Re: A Message from Titan: EVERYONE PLEASE READ

Long story short, my state had massive flooding a couple months ago and this N64 was my customer's childhood console and wanted it working. So I obliged lol.

Off-Topic / Re: A Message from Titan: EVERYONE PLEASE READ

« Last post by Titan on January 15, 2022, 08:50:27 AM »
Update! I'm doing a backup of the site now. This is the one I'm going to use to migrate but I'll probably backup the database one last time the day before the migration. I think I've also made a decision on a webhost. I'll pick a day to do the migration, probably an evening this week and I'll let you know. Expect some downtime. It's been a while since I've migrated hosts so not sure what to expect 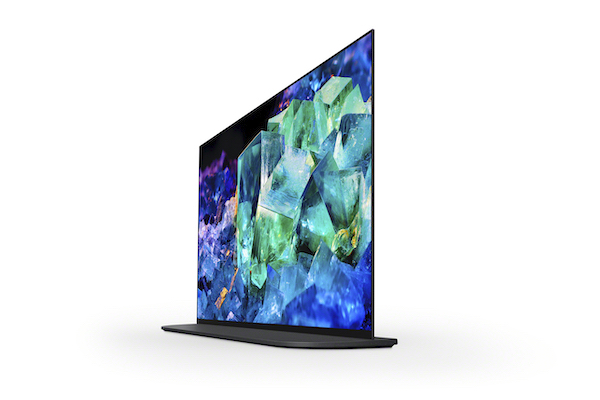 Available in 65- and 55-inch screen sizes, Sony’s Master Series A95K models will lead its OLED offerings for 2022. These sets feature an XR Triluminos Max, otherwise known as QD-OLED, panel. While traditional OLED panels emit white light and use color filters to deliver the red, green, and blue components of images, with QD-OLED a blue OLED light source combines with Quantum Dot emissive layers to reproduce the red and green components. According to Sony, the ability of Quantum Dots to “scatter” light results in images with optimal color vibrancy and brightness even when viewed at extreme off-angle positions. Sony also says that its XR OLED Contrast Pro feature in A95K models “prevents image retention, increases peak and overall image brightness, and improves color contrast.” 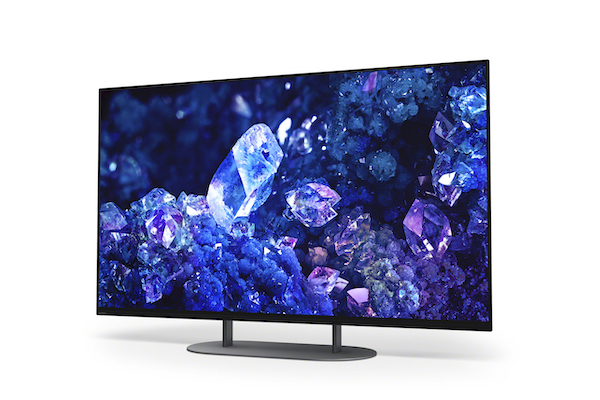 Sony’s other OLEDs for 2022 are the Master Series A90K models which will be available in 48- and 42-inch screen sizes aimed at gamers, and the A80K series (77-, 65- and 55-inch screen sizes). These sets also feature XR OLED Contrast Pro, along with a minimalist one slate design and flexible stand (two-way for A90K models, three-way for A80K models)...

good to know sony is adding QD (quantum dot) to a couple of it oled tvs.  i would like to see how it compares to regular oled tv though.

on last year sony oled tv models during CES 2020, sony claimed it have hdmi 2.1 connections which mean 4k120 support but a few months later, it was revealed only 2 out of 4 hdmis on sony oled tvs support hdmi 2.1 while the other 2 are only hdmi 2.0 which means support up to 4k60 only for this 2 hdmi 2.0.

i am not sure if all of sony 4 hdmis support 4k120 for their oled tvs this year's models or only 2 of them like last year's model though.
8

Last year, Samsung debuted a Solar Cell remote control that ditched batteries and charged up via outdoor or indoor light. In 2022, the New Eco Remote not only replaces the usual two-AAA-battery format with solar-powered functionality, but also harvests RF waves from users' wireless routers to convert them into energy.

The New Eco Remote will also be available in white as well as the traditional black coloration. Samsung has yet to confirm its 2022 TV lineup and thus has not confirmed which series will include the New Eco Remote, but if last year is any indication, it will come standard with the company's Neo QLED and QLED TVs.

sounds awesome that samsung eco remote use some sort of rechargable battery that can be charge up using indoor or outdoor lighting like last year's eco remote control but this year version, it can also be charge up from radio frequency from user's wireless router too.  awesome for the environment that we don't have to use AA or AAA batteries where we have to throw them away when they ran out of batteriers energies.
9


The LG G2 Gallery OLED features a flush fitting design that hangs on a wall like a portrait.

Last year, LG announced a new type of OLED panel that promised better brightness: OLED evo. In 2022, LG is improving its OLED evo technology. The new iteration of OLED evo will only be available in the LG G2 Gallery OLED, a follow up to the impressive OLED G1 we reviewed in 2021. According to LG, the newest version of OLED evo features Brightness Booster technology, which helps make the G2 the brightest OLED the company has ever produced.

In addition, the company is bringing the original OLED evo technology to its popular “C” series of televisions, with the LG C2 officially adopting the panel type in 2022 for four out of six of its size variants.

Here’s a rundown of every new OLED in LG’s 2022 lineup (no pricing has yet been revealed):

G2: The LG G2 is a follow-up to the 2021 LG G1, one of our favorite OLED TVs from last year. Known as the “Gallery OLED,” the G2 showcases the next iteration of LG’s OLED evo panel. Like the Gallery OLEDs that came before it, the G2 features a flush fitting design that hangs on a wall like a portrait. It will be available in 55-, 65-, 77-, 83-, and 97-inch sizes, all of which feature a 120Hz refresh rate. Every size in the series runs on LG’s a9 Gen5 processor.


The 77-inch LG C2 (seen here) will be equipped with the first iteration of LG’s OLED evo panel.

B2: If you’re looking for an OLED TV that falls somewhere in the middle of LG’s lineup, consider the B2. Like previous versions of LG’s B-series OLEDs, the B2 won’t net you all of the features you’re likely to find in the C2 and G2 models, but it features a 120Hz refresh rate and an a9 Gen5 processor. It will be available in 55-, 65-, and 77-inch sizes.

cool to know that lg is bringing back the B series oled tv this year.  but like the writer said, i think the C series is a better bang for the buck than the B or the A series.  This year, the C series has the evo panel which means brighter picture than the non evo panel versions. 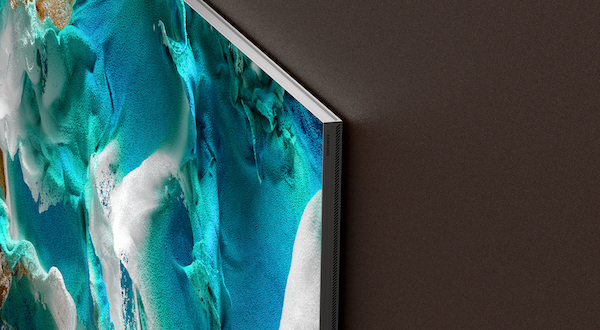 Samsung’s ultra-large preconfigured MicroLED display lineup is getting a new 89-inch model to join the current 99- and 110-inch offerings. (Modular MicroLEDs are available from the company in up to 178-inch diagonal 16:9 configurations.) Unlike Mini-LED, which is the backlight technology used for Neo QLED TVs, MicroLED employs self-emissive pixels and no color filtering, both of which allow displays to deliver excellent brightness and 100% DCI-P3 color space coverage, according to Samsung. The company’s MicroLED displays use 20-bit processing and feature both an Ambient mode and a multi-view mode where up to four video sources can be displayed simultaneously.

New for 2022, Samsung’s MicroLED displays feature a bezel-free “Monolith” design. Along with providing an “all-image” look, the new design also contributes to its built-in audio performance, with Dolby Atmos processing working alongside the company’s Object Tracking Sound Pro feature, which works to accurately lock sound to its onscreen counterpart.

its that time of the year again where ces introduces new technologies in las vegas.  ces doesn't start until tomorrow but yesterday some companies have announce new products for ces 2022 already.

yesterday, i slept for like a total of 16 to 17 hours that i didn't check the internet so i didn't know some companies already announced new electronics technologies for ces 2022 already until after i woke up and after my middle brother took me to a barbershop to get our haircuts and then to gym which is cool and later to target so he can pays some bills there and then he took me to the restaurant and put us on waiting list and it said it might take 30 minutes before we can have a spot to eat so my middle brother took me to the nearby supermarket so i can buy kim chi there while waiting for restaurant to have an open table.  after the supermarket shopping, my middle brother and me went back to the restaurant and my middle brother check on his cellphone and it said we are the 13th guests waiting so my brother decided to drive us home instead of waiting to eat there.

after i got home, i ate rice with a lot of kim chi and a little of cha.  then i washed all the dishes before i check on the internet is which is like 10 p.m. already is when i read about the news about ces 2022 announcements.  trying to sleep laying down for like 45 minutes but couldn't sleep so i thought might as well post the announcements now which is nearly 2 a.m. where i live.
Pages: [1] 2 3 ... 10
SMF spam blocked by CleanTalk