Welcome, Guest. Please login or register.
Did you miss your activation email?

« Last post by Titan on September 10, 2020, 10:47:40 AM »
It looks like a speaker. Hot plate if it's flat lol. Some have said it looks like a drive thru ordering speaker. Honestly, I think it looks dumb but whatever. As long as it doesn't overheat, who cares. I also am wondering how good it will do. It does 4 terraflops instead of 12 and is stripped down compared to the X. I've also read it's closer in specs to current gen than next gen. So do developers have to make a game for both systems? Will they get to a point where they say fuck it, it's not worth it and only develop for Series X or go to Sony because they have a synergized offering? I dunno. Price to value, it doesn't seem worth it. If I'm spending cash on a next gen console, I'm spending the extra for the full experience. I'm very confused by this direction. But I guess they're market for this is just the casual gamers who play shit like Minecraft and Xbox Arcade games I guess. Any core gamer wants the full shebang and 4K 60FPS glory.
93

The entry-level next-generation console from Microsoft, the Xbox Series S, was leaked earlier with the design and the estimated launch price of $299 by BWW Media Group Brad Sams and was confirmed by Senior video game analyst at Niko Partners Daniel Ahmad.

More information on the Xbox Series S and Xbox Series X has been leaked via sources who spoke with Windows Central.

The Xbox Series X and Xbox Series S will both launch on November 10, 2020, according to the sources. 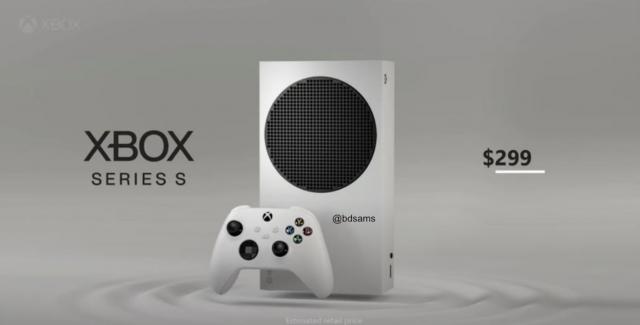 That is cool that the xbox series X cost $499.99.  $100 cheaper than what ign predicted would cost like about half a year ago.

the newly announced series S is even cheaper at only $299.99.  very nice.  funny that some commentators in that link said that "The Series X looks like an old mono radio." lol

he/she probably meant the Series S looks like an mono radio.  Another commentator said it looks like a subwoofer.  lol too.

Off-Topic / Re: Monster CPU Is 100,000 Times More Powerful Than the Xbox Series X

Off-Topic / Re: Monster CPU Is 100,000 Times More Powerful Than the Xbox Series X

The Xbox Series X and PS5 are set to release with the most advanced processors ever to power a home console, putting them on par with some modern gaming PCs. While there are rumors of new incoming graphics cards that’ll blow even those out of the water, one lesser-known chip maker has already done it. 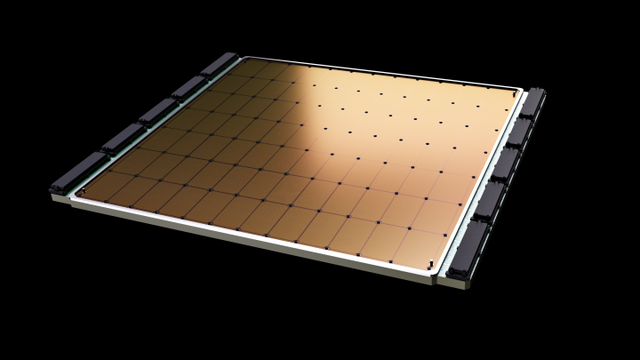 Meet the Cerebras Wafer Scale Engine Generation 2, an absolutely massive, dinner plate-sized processor featuring 850,000 cores and 2.6 trillion transistors. While this gargantuan CPU, which is designed for supercomputers, might seem completely unrelated to the upcoming consoles, the chip here and the ones powering the next Xbox and PlayStation were all made by TSMC using the same 7nm process – so in a way, they’re all siblings.

The major difference with the Cerebras Wafer Scale Engine Generation 2 is, of course, it’s just much, much larger. In fact, compared to Xbox Series X's 8 cores and 15.4 billion transistors, Cerebras’ chip has 849,992 more cores and 2,598,460,000,000 more transistors. The PS5 and its 8-core processor is similarly outclassed.

To produce anywhere near the same level of processing power, you would need somewhere in the ballpark of 106,250 next-gen consoles. I hope your wallet is ready.

whoa.  that is a lot of processing power there.  i wonder how much does something like this cost?
98

Off-Topic / Re: Starting a new job next week

i just googled your crt's tv model number and its show a pic and model number of this tv on ebay and its a april 2003 model.  probably its a 2002 model but manufactured in 2003.  its also shows links to service manual of this model and i am not sure if there is a service repair manual of it though.  i know a code to get into service menu to adjust stuffs but i am not sure if that is going to fix your tv's geometry problems.
100

Oh, before I forget Paul. I needed the model number for the CRT so I can find the repair manual (it's starting to do some weird shit. Plus the geometry is very off and need to get into the service interface). It's KV-20FS100.
Pages: 1 ... 8 9 [10]
SMF spam blocked by CleanTalk